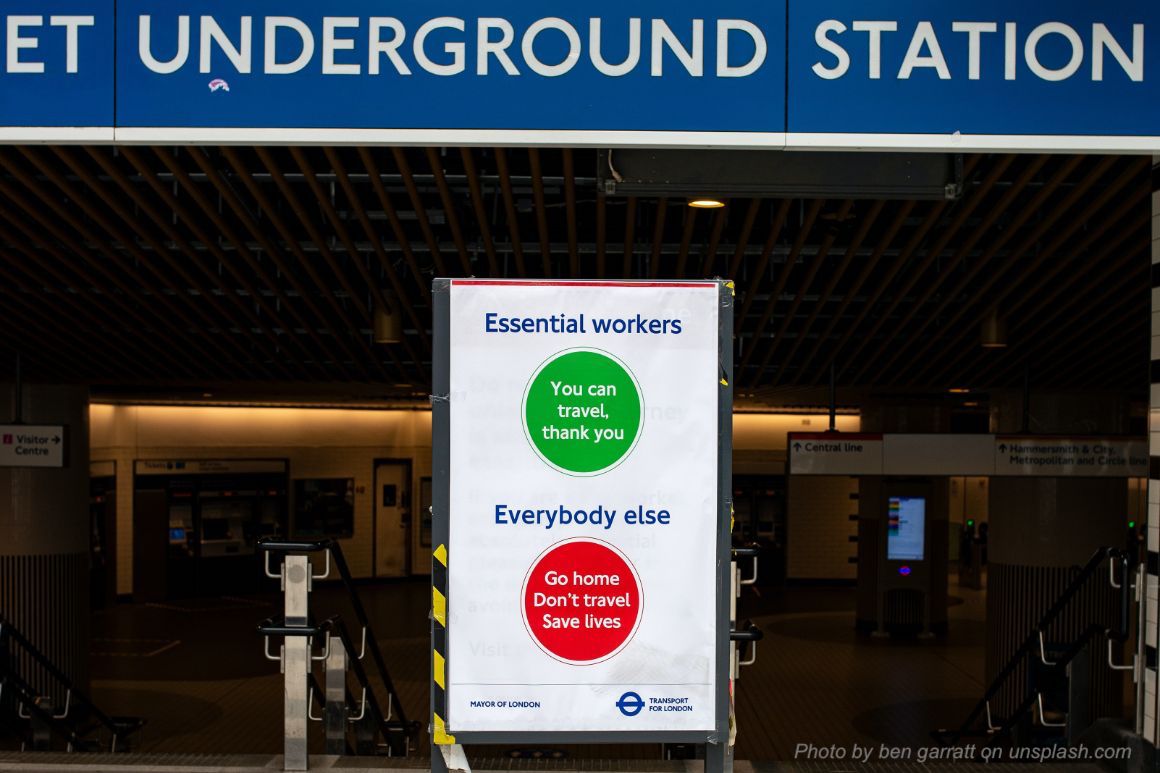 Demand for public transport fell to record lows in the past months as the Coronavirus swept through communities around the world.

Ridership fell from 65% to less than 10% of normal capacity, and transit organisations adapted their schedules and service frequency to reflect demand.

We looked at the data from several urban mobility apps that make public transit information available from the millions of commuters that use them.

Moovit regularly updates a chart on its website, partially reflecting the lockdown measures taken by authorities (which we wrote about in an earlier post):

According to Moovit data, ridership in Spain shrunk by 88-95% in Barcelona and Madrid, the major Covid-19 hotspots in the country.

In London, passenger numbers fell by 80% since April 14th.

In France, commuter demand was down 88% on average between January and April.

At the same time, ridership was down around 60% on subways and 90% on commuter trains on the US’s largest transit system Metropolitan Transportation Authority (MTA) in New York.

Citymapper’s mobility index reveals similar trends. As of mid-March, demand is down by 90-95% in London, Paris, and New York City: 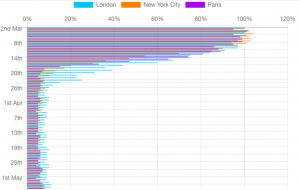 Google Mobility Reports displays data on passengers at transit stations. The drops in journeys are alike although with some variations in numbers: 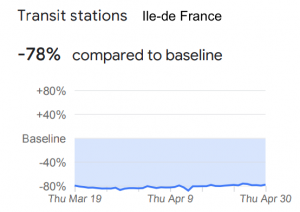 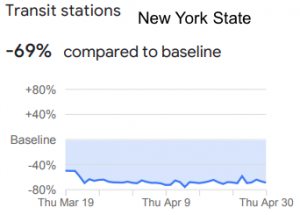 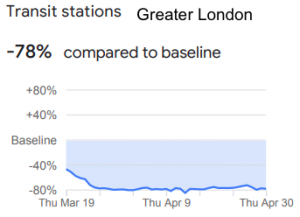 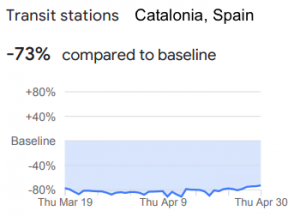 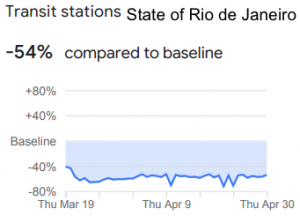 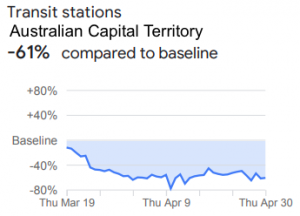 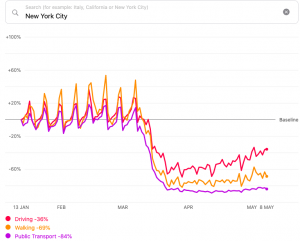 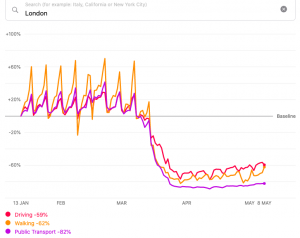 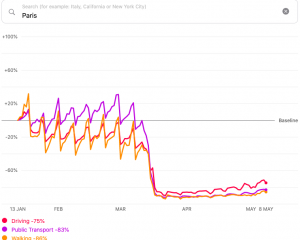 The Transit app collects data from commuters using busses, trains, bike-share, and scooter services. It wrote on its blog on April 27 that during the past two months app usage was down on average 77% below normal:

With the gradual easing of lockdowns, several governments made face masks obligatory on public transport, among which Spain, The Netherlands, Germany, and France.

Jose Dionisio Gonzales, Director Advocacy and Outreach at the International Association of Public Transport (UITP), recently tweeted the results of a study on how commuters see social distancing and wearing masks after the easing of restrictions. 75% of respondents were unsure if safe distancing will be possible, and more than 60% said they felt safe wearing a mask if social distancing is not possible: 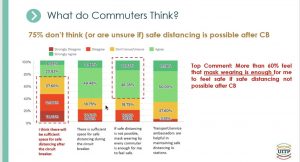 Opinions are divided when it comes to how public transit will look like post-lockdown.

The study also found that  24% of the people that are expected to reduce their trips intend to work from home, to save commuting time and costs, and to have a better work-life balance.