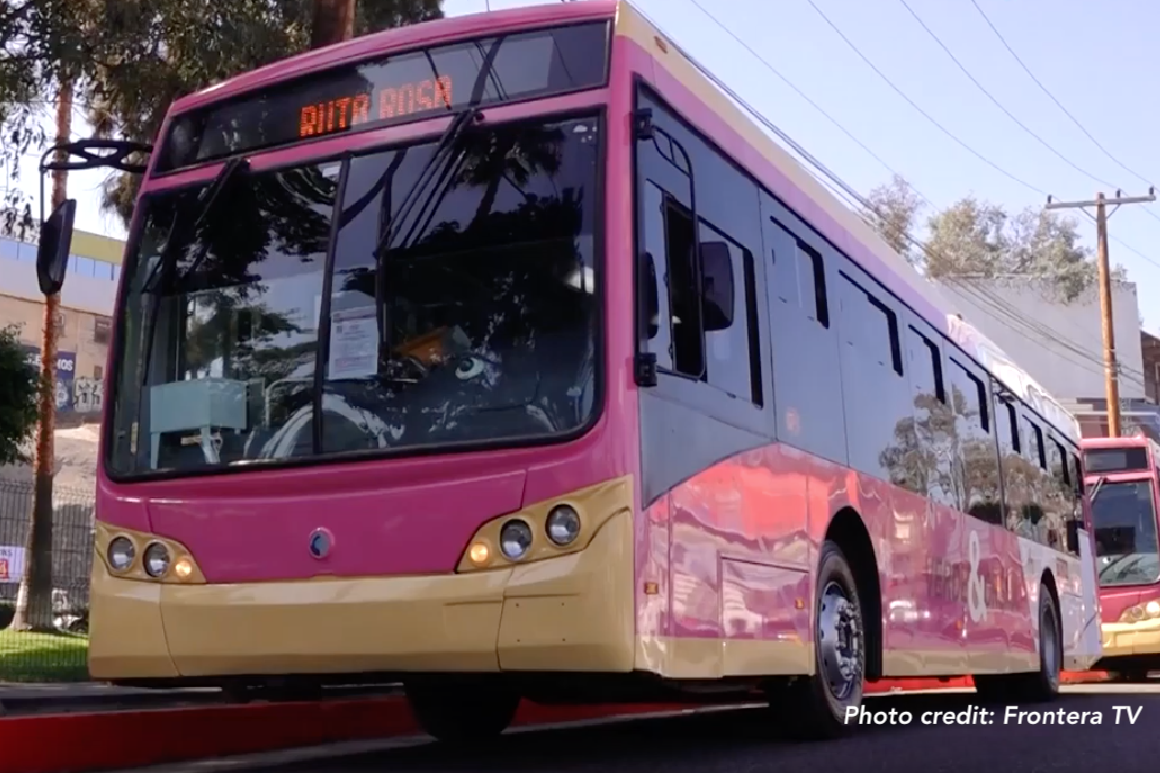 A new pilot program in Tijuana, Mexico offers pink-painted buses on the Línea Rosa (Pink Line), which can only be ridden by women, children younger than 12, disabled persons, and seniors.

The bus service is offered by the public transport operator Verde y Crema in collaboration with INMUJER (Women’s Municipal Institute in Tijuana).

The measure aims to prevent harassment on women in public transport.

According to a recent survey carried out on women who use bus services in Tijuana, 75% have reported some kind of harassment.

Safety is important to to Ms. Priscila Velázquez, director of INMUJER. She says that “(Sometimes) there are unwelcome touches or verbal harassment. That is the main problem – they don’t feel safe.”

About 30% of the female passengers are students, according to Ms. Velázquez.

The buses operate daily from 05:00. to 22:00h, on the route Zona Centro-La Presa, through boulevards Agua Caliente and Díaz Ordaz.

The vehicles are equipped with surveillance cameras, emergency buttons connected to the local police, and are driven by trained personnel that go through a background check and a certification.

Monica Vega, Councilwoman for Tijuana, adds: “It is well-known that women are disrespected in public transportation, including physical harassment; we have seen it through videos on social media and many testimonies of women. One of the government responsibilities is to guarantee the safety of women. It is unfortunate that we have gotten this far. I hope, and ideally, in the future as a society we would not need it, but it will be a matter of education and culture.”

The pink buses are not the first initiative to offer safer transportation means for women in Tijuana. A similar program was proposed in 2013 but was not deemed successful and was discontinued.

If you liked this article, you may also be interested in other stories we wrote related to security in public transport.