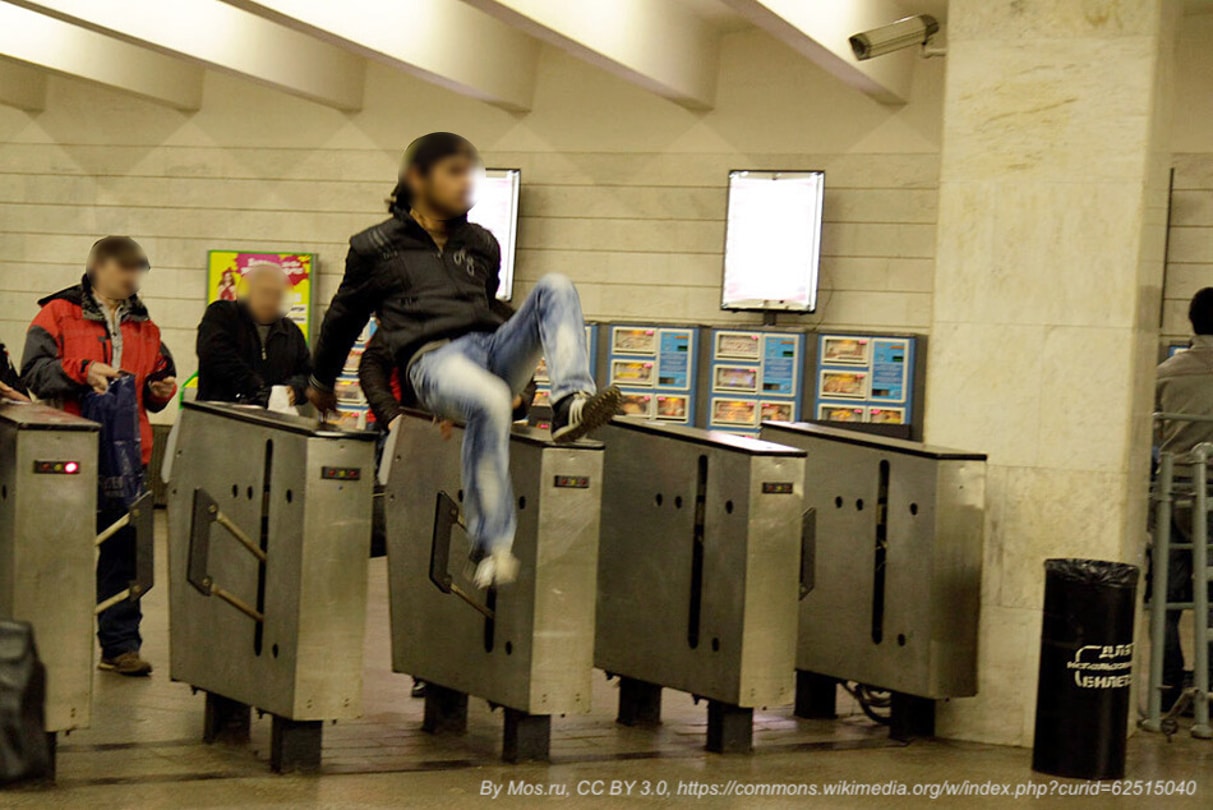 The past months have been a real challenge for public transport: Covid-19 killed numerous transit workers, ridership plummeted to record levels, and revenues from fare collection dropped massively.

Fare evasion is therefore one of the smallest problems for transit at the moment, but is it one to be completely ignored?

Our findings indicate not, the opposite actually, transit operators should be constantly on the watch for rising fare evasion rates.

AWAAIT has automatic fare evasion detection systems in operation in five cities in different countries, in Europe and the Americas, currently covering 21 metro and commuter train stations. What follows are some initial takeaways from an ongoing study.

Measurements from the past weeks from Awaait’s systems reveal that fare evasion rates increased. The most moderate impact occurred at three stations showing a 50% increase compared to pre-pandemic values.

At the rest of the stations, fare evasion rates doubled and, in some cases, even tripled. Only one outlier: a station where the onsite police deployment due to the current outbreak is resulting in a 30% reduction.

As a side observation, Awaait sees that the usage of face masks, progressively mandatory in mass transit, is remarkably lower among fare evaders: 14-26 % less than paying passengers, who have rapidly adopted the new rules: more than 90% of passengers wear a mask at the stations covered by this study.

If these trends continue, Awaait foresees that fare evasion rates will grow unless preemptive measures are taken in time.

Their findings indicate that the attitudes and the way people think largely depend on what is socially accepted and the level of control enforced by operators.

A study by Dauby & Kovacs from 2007 suggests that most people ‘will give it (fare evasion) a try if they think they can get away with it’: 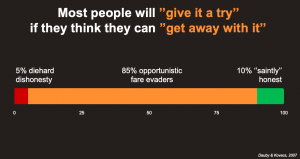 Another study by Currie & Delbosc from 2016 found that the most financially damaging of all offenders are a minority of ‘recidivists’. ‘Accidental’ or ‘rare evaders’ form the majority of offenders yet they cause significantly less damage: 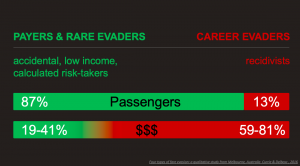 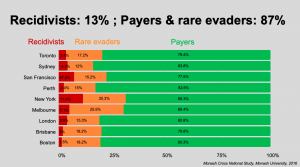 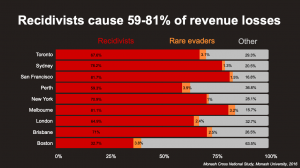 In 2019, a study carried by Allen, Munoz & Ortuzar concluded that fare evasion rates are directly influenced by how socially accepted fare evasion is, and by the perception of the quality of transport service among customers: 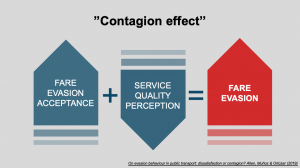 Finally, the broken windows theory brings arguments that complement the ‘Contagion effect’. It argues that the visible signs of anti-social behaviour and crime lead to more crime and disorder. Applied in the framework of fare evasion in public transport, this implies that more people will avoid paying if they see that others do not pay.

Therefore the possible growth in fare infractions can create a snowball effect which can add to the detrimental impact on the sustainability of transport services started by Covid-19.

Safety measures that will be taken post-coronavirus are preventive and aim to avoid a second wave of infections. For passengers, this will mostly involve social distancing and the requirement of face masks.

Face masks are likely to stay with us for a while. Chances are that offenders will try to make use of these to avoid paying, thinking that security agents will not be able to identify them.

Some transit agencies inform that security agents will be deployed to control the number of passengers entering the stations or vehicles. Under these circumstances it might become more difficult for offenders to dodge fares.

On the long run, re-educating the population and coming back from high fare evasion rates is a significantly harder and costlier task than taking measures that prevent offences in the first place.

An increase in fare evasion might not be an operational priority these days. Yet the question remains: will we easily return to pre-coronavirus fare evasion rates when transit starts to recover? Or will extra measures be necessary to prevent offences, especially foreseeing the additional sense of impunity that wearing a mask may carry?